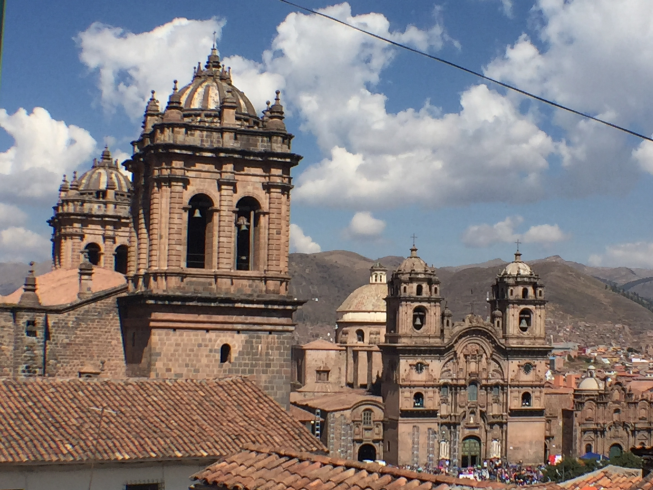 Cusco (also called cuzco or Qosqo in Quechua) was the religious and adminstrative capital of the Inca empire between 1400 AD and 1534 AD.  Its territory extends from north of Quito, Equador to south of Santiago, Chile.  Like ancient Grecians who believed in Greek Mythology, Incans as well as the indigenous people believe in Inca mythology that the tribe "was created by the great god viracocha who caused them to be born from the sun god Inti.  The first 8 Incas were born at Tiwanaku, or in an alternative version, they emerged from the sacred Pacaritambo cave, and then they migrated down to the Cuzco valley." 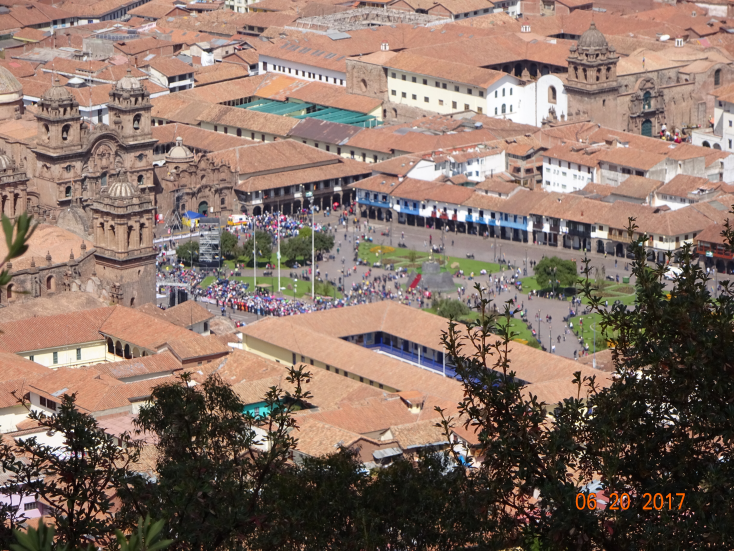 Cusco sits at 11,200 feet above sea level and altitude sickness can start to set in at 8000 feet. Ollantaytambo is at 9160 and Machu Picchu 7970 feet, which was why we chose to get acclimated in Ollantaytambo instead of Cusco.

My first glance of Cusco on on our way to Ollantaytambo was a rather disappointment.  It was dirty, dusty, chaotic, disarrayed houses with odd colors, gridlock, and the never ceasing headache-induced car honking.  Nothing pleasing to me sensually that I even second guessed my decision of spending 3 days here after our visit in Machu Picchu.

However, the historical district of Cusco was spectacular. The brick buildings and terra cotta roofs are lovely in the daylight. 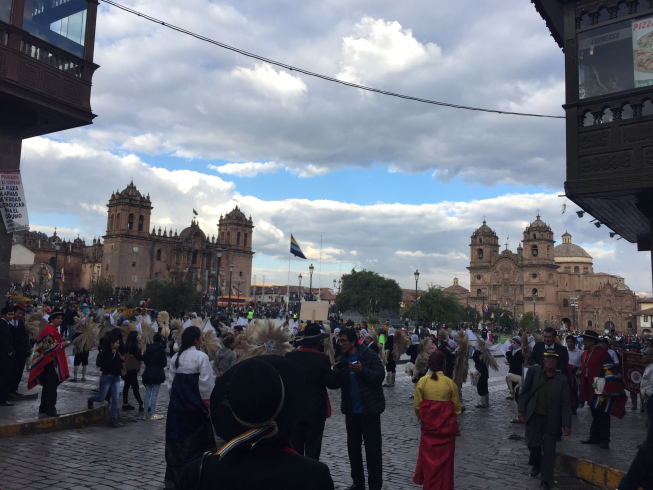 It was at night. The surrounding hillside towns sparkled against the sky.  The main streets around Plaza de Armas were blocked for festive parade.  Most street were still packed with pedestrians and cars.  The streets in the historical district are mostly narrow and one directional, made of cobblestones, and are flanked with ornate colonial mansons/cathedrals.  It was completely different from what I saw two days prior.

Cusco is one place that I would intentionally get lost.

Our hostel was in a perfect location, on the old Incan Road, just steps away from the famed Cusco cathedral.Cusco has so many details to appreciate, so many narrow ancient pedestrian-only cobblestone streets, so many endless rows of slippery cobblestone stairs, so many colonial Spanish buildings with wooden railing balconies and walls made with vast Inca stones, and so many big old faded big doors that I obsessed. It was impossible to capture the nuanced details of Cusco within a few days.

I sincerely enjoyed my stay in Cusco. 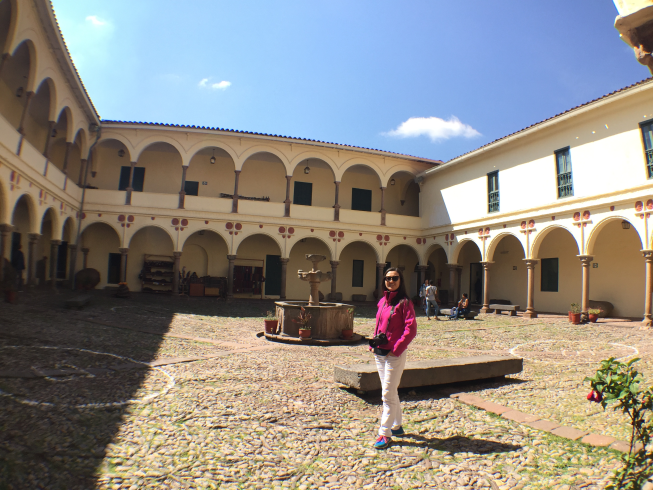 The Museo Inka, just east of the Plaza, is the best museum for showcasing Inca culture, containing a remarkable collection of gold, jewellery, Incan musical instruments and etc. It opens 8am-5pm daily except Sunday (Saturdays from 9am-4pm), admission S/10 (£1.80).  This is a great musuem.  Remember to visit their musical instrument section; it was a great experience to listen to their different musical instrucements. 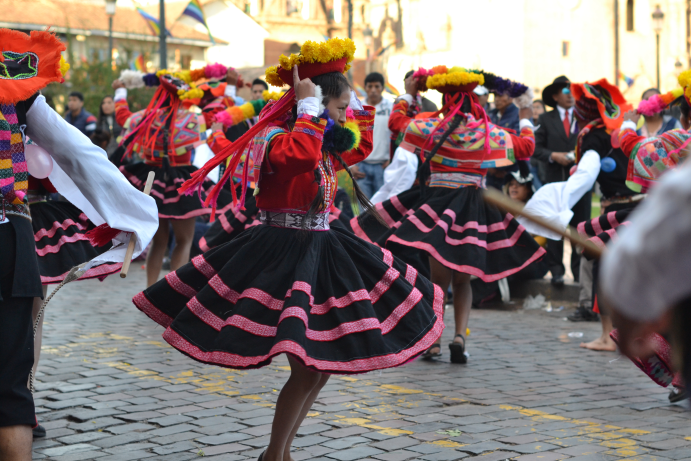 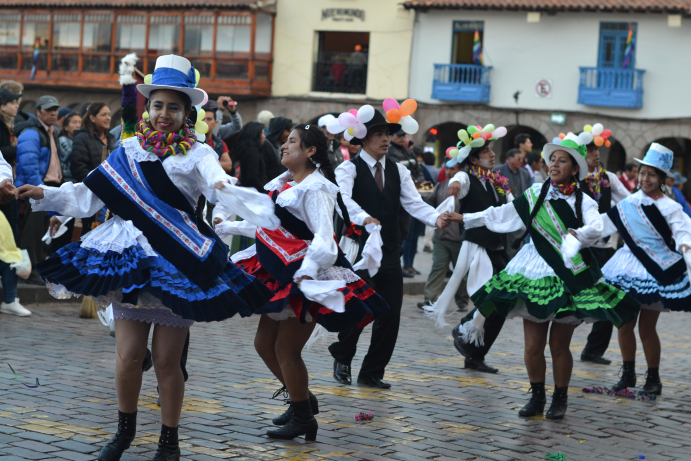 There was a religious festival when we were in Cusco. The local people were just dancing all day long for days. 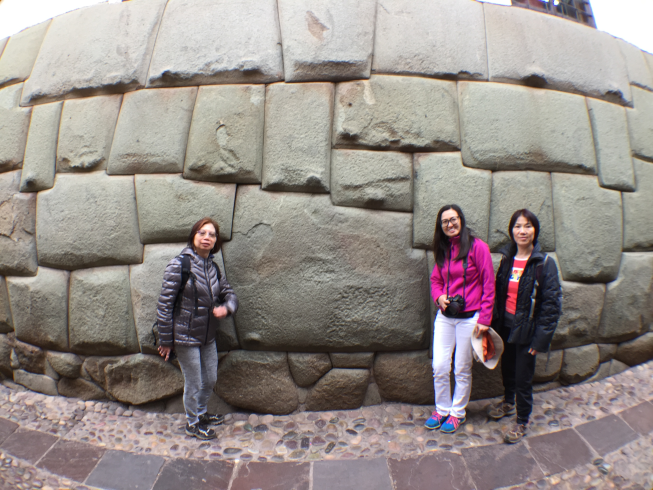 Travellers can take the old Incan Road up many steps to ‘great stone street’ and see the famed 12-angled stone, a marvel of stonework set into the best kept Incan walls in Cusco. Notice how well the stones have been extremely well carved so they fit into each other. 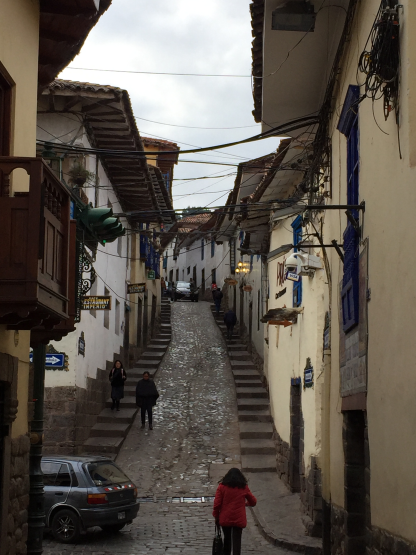 North of the Plaza de Armas, San Blas is one of Cusco’s most picturesque neighbourhoods and requires some lung workout to reach after walking up through endless rows of cobblestone stairs. . This pedestrian-only area of Cusco is great for exploring the ancient stone streets. The efforts are rewarded by the artist workshops and studios, captivating little cafes and of course the postcard-worthy views of the city. 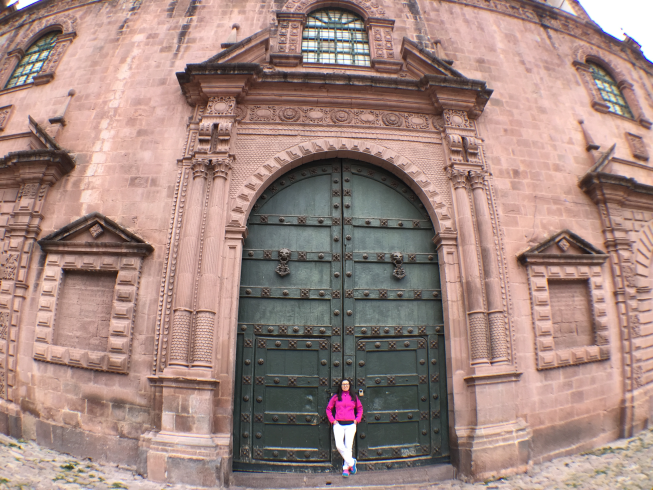 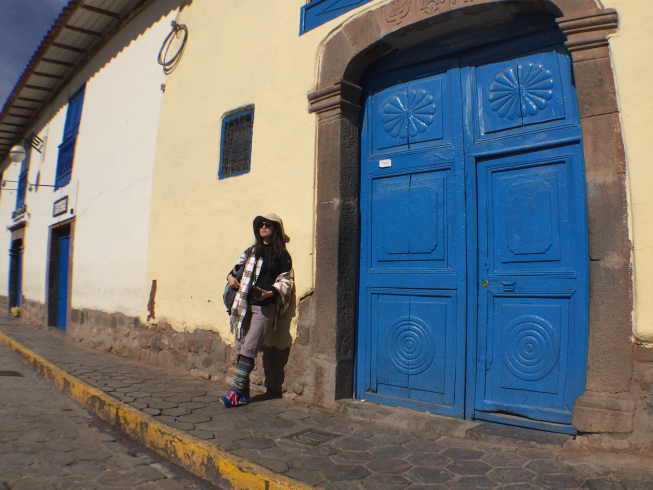 There were many blue color doors. 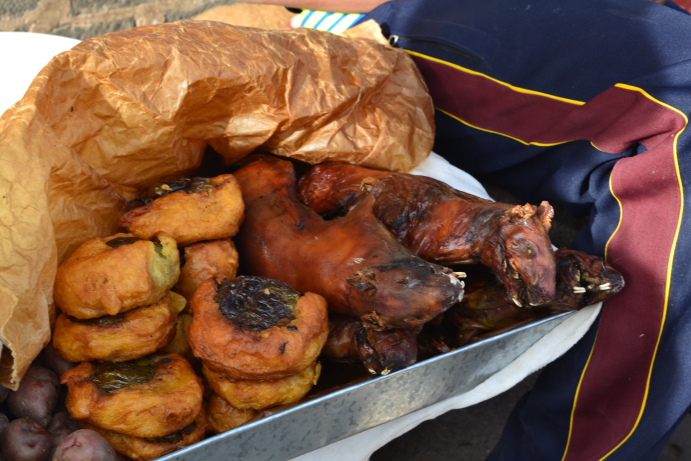 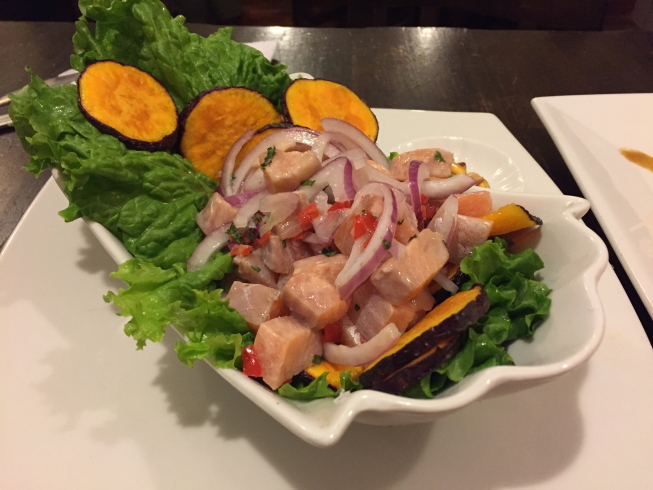 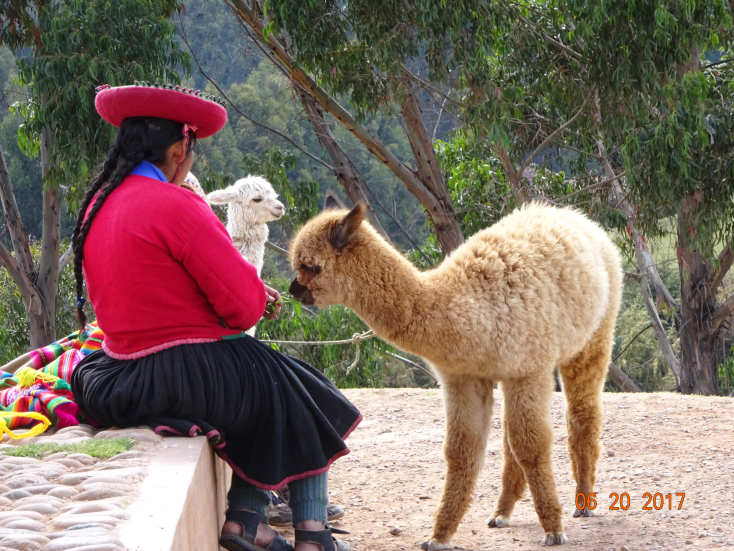 It is common to see indigenous people earning money by providing photo opportunity with the beautiful cute Alpaca. 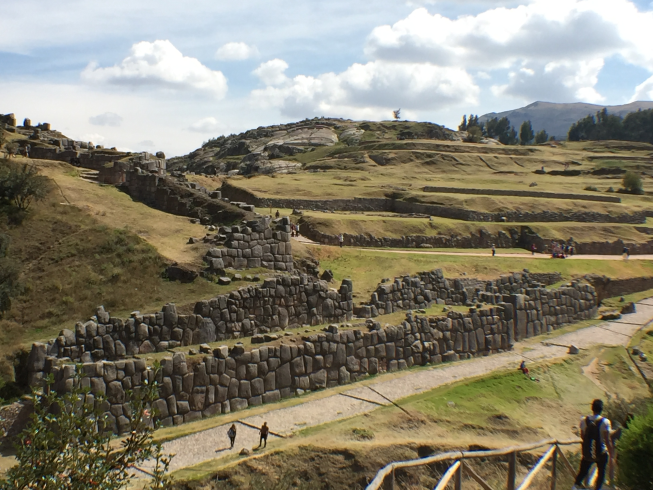 Sacsayhuaman - a ruin site within the walking distance from Cusco historical center.